Recycled Art: From Junk to Masterpiece

There are many ways to recycle what someone else has thrown away. You can, of course, turn everyday waste such as metal, glass and plastics into new versions of the same. You can repurpose things – for example, by making furniture or landscaping your garden out of old pallets and railway sleepers. You can also turn rubble from an old building project into hardcore for a new building project. Or you can turn someone’s junk into something beautiful, something impressive, something to be admired.

Whether the artists concerned are making a statement about waste in modern society, enjoying the visceral power of creating scrap metal art, or just making good use of the things that they find, there’s a whole host of creative and imaginative work being done in all artistic disciplines with all manner of rubbish.

Below are a few of our favourite examples of art using recycled materials: 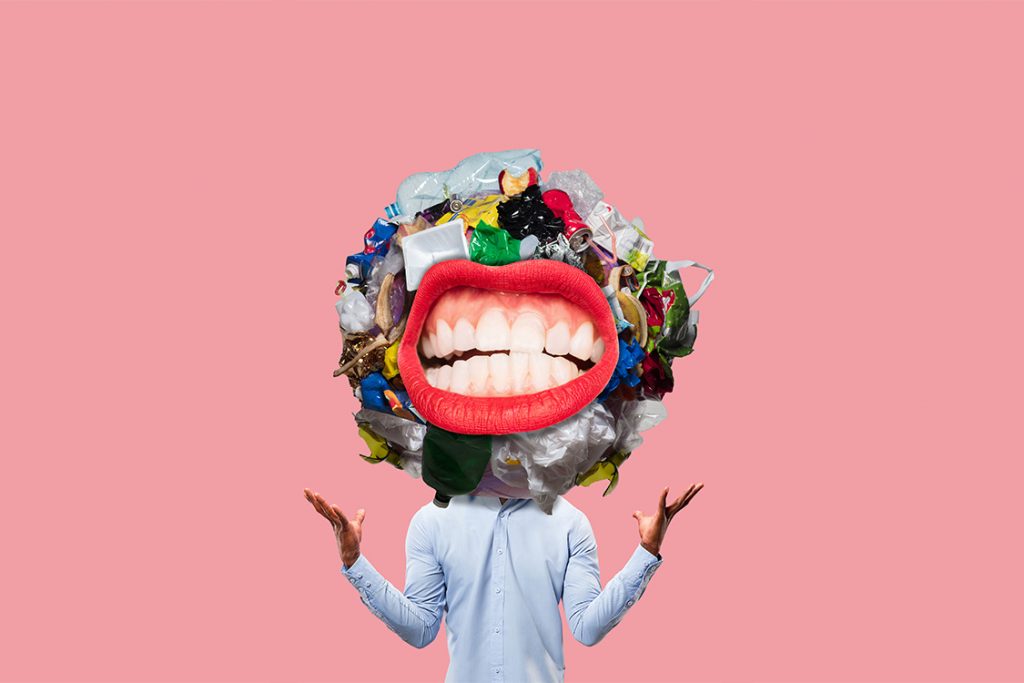 Brazilian artist Vik Muniz is one of the giants in the field of recycled art, and has used items as diverse as tomato sauce, diamonds, magazine clippings, chocolate syrup, dust and dirt in his work. Muniz was featured in a 2010 documentary film, Waste Land, that highlighted his project at Rio de Janeiro’s Jardim Gramacho, one of the world’s largest rubbish dumps. The film tracked his Pictures of Garbage series of classic portraits created out of rubbish picked from the site by a team of people who made their living picking garbage there. The film was subsequently nominated for an Academy Award for Best Documentary Feature.

Japanese artist Yuken Teruya regularly uses recycled materials in his work. His beautiful Notice-Forest series uses just fast food paper bags and glue to create delicate and fragile trees “to remind viewers to slow down from their busy lives and maintain a consideration that little things in the world matter”.

British artists Tim Noble and Sue Webster take different kinds of rubbish and use them to make things that, well, look like rubbish. However, when you shine a light upon them from the right angle, the shadows cast become something else entirely that can be sometimes challenging, sometimes disturbing, but always unexpected.

While the resurgence of vinyl records is no big surprise, the recently rediscovered love of some people for audio cassettes is a little more unexpected. For those old enough to remember them at their height, they undoubtedly had their advantages, but they did have the unfortunate habit, especially if played in the less expensive players around at the time, of unspooling the precious tape into the workings of said players at the drop of a Play button.

Perhaps it was this experience that inspired Erika Iris Simmons’ series of pop star portraits made from old tapes. Among her subjects have been such icons as The Beatles, Madonna and Bob Dylan, but we particularly like her Bob Marley, in which the unspooled tape becomes the reggae legend’s dreadlocks.

As we were putting the final touches to this article, the world’s leaders were gathering in Cornwall for a G7 summit. To mark the occasion, artist Joe Rush, together with online used tech and media store musicMagpie, created an art installation called Mount Recyclemore. Made out of discarded electronic waste and placed on the coast along from where the summit was taking place, it depicts the seven leaders, including Boris Johnson and Joe Biden, in the style of Mount Rushmore. Each face is about three metres high and one metre wide, while the whole structure comprises roughly 20,000 pieces of discarded tech such as keyboards, computer monitors and circuit boards.

Here at CSH Environmental, we recycle roughly 98% of the waste we collect, but as far as we know, no recycled art masterpieces have yet been created from it. That’s okay with us, because we’re just happy that we’re doing our part to prevent any more waste going to landfill than necessary. To find out more about responsible waste management or our state of the art recycling centre at CSH Environmental, contact us today.