How To Identify Asbestos

As perhaps the best known and most prevalent hazardous waste we are likely to come across, it seems hard to believe that asbestos was only fully banned in the UK in 1999. Especially when you consider that some of its effects on the lungs were first identified in the 1920s, and links with lung cancer were first described in the 1950s.

Yet so much a part of the building trade was it, so commonly used in such household items as cement, paint, insulation and ceiling and floor tiles, that many of our homes are likely to still contain asbestos somewhere. In fact, according to the HSE, “Asbestos can be found in any industrial or residential building built or refurbished before the year 2000”.

If asbestos gets disturbed, it releases tiny fibres into the air, and it’s those fibres that are so dangerous. Over 20 years after it was banned, it is estimated that asbestos is still responsible for 13 deaths a day in the UK – that’s more than twice as many as those dying in road accidents. 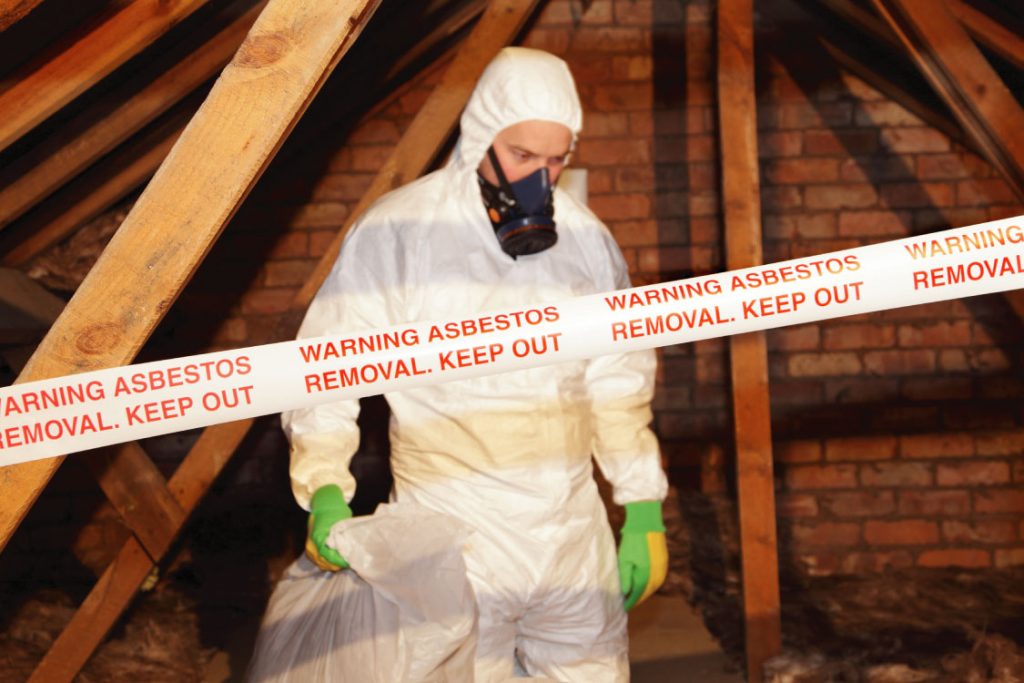 Asbestos in the Home

If you want to try and identify asbestos, you have a bit of a problem in that the fibres are too small to be seen and have no smell. So your best bet is to identify where it’s likely to be and then get an expert to deal with it.

So, where are you likely to find asbestos in your home (bearing in mind that this applies only to properties built before the year 2000)?

Asbestos in your Loft

One of the most common uses of asbestos was as insulation, and that also made it one of the most dangerous, in that it was the type that most people were likely to be exposed to. It was used in loose-fill, pipe wrap and spray-on forms that were made up of anything between 15% and 100% asbestos. If you suspect the insulation in your loft pre-dates 2000, don’t touch it – get an expert in to deal with it.

Floor, ceiling and roof tiles all contained asbestos, as did much of the adhesive used to stick floor tiles down. If you’ve got old vinyl floor tiles in a room and you try to remove them with a scraper, you’ll most likely end up releasing asbestos fibres. Meanwhile, Asbestos Insulating Board (AIB) was used as a fireproofing material in partition walls, ceiling tiles and soffits. It’s almost impossible to tell the difference between AIB and non-asbestos materials, so if you’re not sure it’s always best to get it checked out.

Old-style textured ceilings, like Artex – one of the first things homeowners want to rip out when it’s in a house they’ve just bought – can often contain asbestos.

Asbestos would be great for use in cement if it weren’t so dangerous. It’s fire retardant, helps insulate the property and adds strength to the concrete without adding weight. Unfortunately, it also kills.

Asbestos was commonly used in wall paints right up until the 1990s. If you come across old paint while redecorating, it would be best to repaint directly over it rather than trying to remove it.

These are just some of the places you might find asbestos in an older property, but there are many more. If you’re thinking about carrying out any kind of renovation projects that might release dust from old building, decorating or insulating materials, it’s always worth playing safe and getting an expert to check it out first.

At CSH Environmental, we know how to identify asbestos, because we’ve been disposing of asbestos and offering waste management services for over 40 years. We’re your local experts when it comes to its safe disposal, so if you think you might have asbestos in your home, contact us today.